The Ubuntu team is happy to bring you the latest and greatest software the Open Source community has to offer. This is their latest result, the Ubuntu 9.04 release candidate, which brings a host of excellent new features.
For information about Kubuntu, see https://wiki.kubuntu.org/JauntyJackalope/RC/Kubuntu

Get it while it's hot. ISOs and torrents are available at:
Local mirrors are also available:

To upgrade from Ubuntu 8.10 on a desktop system, press Alt+F2 and type in "update-manager -d" (without the quotes) into the command box. Update Manager should open up and tell you: New distribution release '9.04' is available. Click Upgrade and follow the on-screen instructions.
To upgrade from Ubuntu 8.10 on a server system: install the update-manager-core package if it is not already installed; edit /etc/update-manager/release-upgrades and set Prompt=normal; launch the upgrade tool with the command sudo do-release-upgrade; and follow the on-screen instructions.

Ubuntu 9.04 RC includes the latest GNOME 2.26 desktop environment with a number of great new features, including: 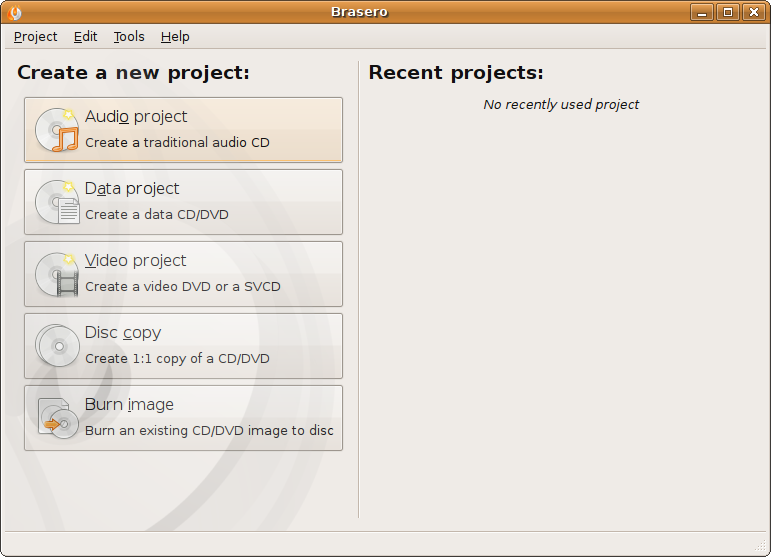 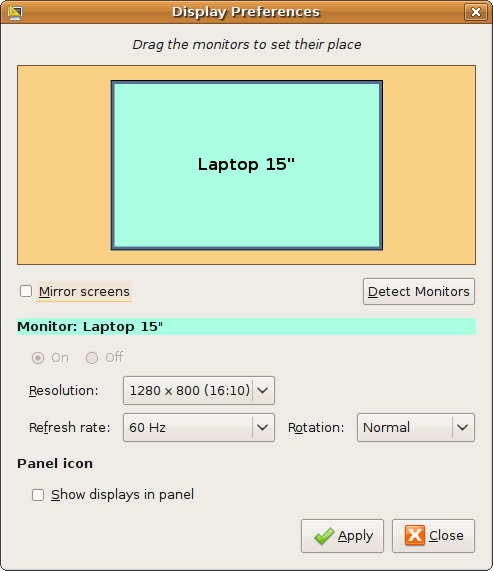 The latest X.Org server, version 1.6, is available in Jaunty. The latest Mesa 3D DRI, version 7.4, is also available. A number of video cards have been transitioned to free drivers as part of these updates.
The -ati driver has received numerous fixes and performance improvements. It now uses the EXA acceleration method by default. 2D acceleration support for the newest R6xx/R7xx family of cards is also available. 3D support is available up to R5xx cards for -ati. An updated -fglrx proprietary driver is available for R6xx/R7xx users who need 3D support.
The -intel driver now uses GEM for memory management. The new UXA acceleration architecture and DRI2 is available as an option.

Wacom tablets now are enabled automatically when attached, no longer requiring xorg.conf modification. Button mapping configuration is not yet supported, but can be set manually by adding an fdi file to /etc/hal/fdi/policy/.

Included in Jaunty is a simple menu which can be used to set preferences for notification icons, such as where they pop up on the taskbar. Ubuntu 9.04 beta also includes a whole new notification system, as shown in the Flash movie here:
http://www.markshuttleworth.com/wp-content/uploads/2008/12/jaunty904_notifications_example1_web_092.swf

A number of improvements to the Ubuntu start-up process bring significantly improved boot performance to Ubuntu 9.04 RC. Please open bugs if you experience any degradation, and tag them with boot-performance.

Ubuntu 9.04 RC supports the option of installing the new ext4 file system. ext3 will remain the default filesystem for Jaunty, and we will consider ext4 as the default for the next release based on user feedback. There has been extensive discussion about the reliability of applications running on ext4 in the face of sudden system outages. Applications that use the conventional approach of writing data to a temporary file and renaming it to its final location will have their reliability expectations met in Ubuntu 9.04 beta; further discussion is ongoing in the kernel community.
Ext4 support in GRUB was provided by Colin King. If you choose to upgrade your / or /boot filesystem in place from ext2 or ext3 to ext4 (as documented on the ext4 wiki), then you must also use the grub-install command after upgrading to Ubuntu 9.04 RC to reinstall your boot loader. If you do not do this, then the version of GRUB installed in your boot sector will not be able to read the kernel from the ext4 filesystem and your system will fail to boot.
Ext4 support in gparted has been provided by Curtis Gedak.

Ubuntu 9.04 Server Edition makes it easy to experiment with cloud computing. Eucalyptus, an open source technology which is included in Ubuntu as a technology preview, enables you to use your own servers to deploy, experiment and test your own private cloud that matches the Amazon EC2 API. You can dynamically create virtual machines, configure multiple clusters into a single Cloud and even provide an EBS (elastic block storage) equivalent and an S3 compatible storage manager.

The dovecot-postfix package in Ubuntu 9.04 RC provides an easy-to-deploy mail server stack, with support for SMTP, POP3, and IMAP with TLS and SASL.
dovecot-postfix was packaged by Ante Karamatić.

There are a small number of known bugs that users may run into with Ubuntu 9.04 RC which will be fixed before the final release. We have documented them here for your convenience along with any known workarounds.
For a full list of errata for Ubuntu 9.04, please see the Ubuntu 9.04 release notes.

If you would like to help shape Ubuntu, take a look at the list of ways you can participate at

Help Spread the Word About Ubuntu 9.04

New banners are available for counting down the days until the Ubuntu 9.04 release:
You can add the countdown banner to your website to help build excitement for the new release as the date approaches.